Can My Social Media Posts Be Used Against Me During A Divorce? 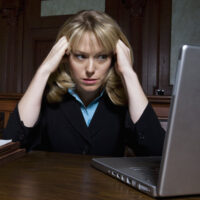 Divorce is one of the most difficult things that most adults have to go through. It takes a great amount of effort and invokes complex emotions to dismantle a life that you have invested so much effort in building. It is no surprise that many people turn to social media to process their emotions during this time. However, posts to social media sites like Instagram and Facebook can be used against you during a divorce. Even posts that may seem fairly innocuous to you at the time can have a significant negative impact. This is particularly true if you have shared children and will have to determine custody and visitation rights during the divorce proceedings.

There is essentially a limitless number of ways that your social media posts can be used against you. Even reposting an inspirational quote can come back to bite you in some cases. It’s best to go fully dark on social media during a divorce. One way to think about it is that any time you post you are potentially just giving ammunition to the other side to use. Below we’ll share some of the most common ways that social media posts have come back to haunt people in divorce court.

Schedule a Consultation with the Greater Orlando Family Law Firm

If you are contemplating or currently going through a divorce in the Orlando or greater Florida area, there is no limit on the number of complexities that can arise, particularly if it becomes contentious. The experienced Orlando family attorneys at the Greater Orlando Family Law Firm are ready to help. Contact us today to schedule a consultation.