Can U.S. Citizens Remove Their Young Children from Other Countries Where Domestic Violence Is Alleged? 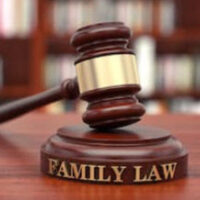 A case that the U.S. Supreme Court is set to hear later in December could prove to be an important one in terms of fathers’ rights and domestic violence as it pertains to international child custody and relocation cases. The case involves determining an infant’s “habitual residence” under The Hague Convention on the Civil Aspects of International Child Abduction, an international treaty that dictates that if a child is abducted from their country of habitual residence, they must be promptly returned so that the courts in that country can make custody determinations.

The facts of the case are as follows: Michelle Monasky, an American citizen, married Domenico Taglieri, an Italian citizen, in the U.S. The two then moved to Italy and had a child there. However, according to Monasky, she suffered from domestic violence at the hands of Taglieri, and was planning to bring her baby to the U.S. as soon as she could obtain a passport for the child, which is what she did when the child was two months of age.

Taglieri filed a lawsuit in Italy to have Monasky’s parental rights terminated, and won, and also filed a case under The Hague Convention in a U.S. court asking that the child be returned to Italy. The district court agreed with Taglieri, finding that Italy was the child’s habitual residence, and the Sixth Circuit, in reviewing the district court’s opinion, found that it was reasonable and not obviously wrong, and affirmed it. The child was thus returned, and is now three years of age.

Monasky now appeals the Sixth Circuit’s decision, arguing that the wrong standard of review was used. Instead of simply reviewing the district court’s opinion and upholding it for reasonability, she argues that the Sixth Circuit should have made its own determination, “de novo,” because that is what federal appeals courts have traditionally done in habitual residence cases. She also argues that, when an infant is too young to acclimate to their surroundings, the courts should instead look to the subjective agreement between the parents in order to determine habitual residence under The Hague Convention. Finally, Monasky argues that this is necessary in domestic violence cases in case one parent is being bullied and coerced into raising their child in one particular country or location.

Taglieri pushes back against these arguments, arguing that the convention already addresses domestic violence via a provision that states that courts do not need to return a child to their country of habitual residence if there is a ‘grave risk’ that it would expose the child to harm or place them in an ‘intolerable situation,’ and the district court found that Monasky failed to make this showing, as required by the provision. He also argues that the purpose of the convention is to simply determine which country the child should be returned to in order for the courts in those countries to undergo custody proceedings, and they can consider domestic violence in that context. The U.S. government filed an amicus brief agreeing with Taglieri that an agreement between the parents is not required to determine habitual residence and the Sixth Circuit used the correct standard in reviewing the district court’s opinion, however, it encourages the case to be sent back to the district court in order for the court to consider all of the facts surrounding the child’s residence determination.

Contact Our Florida Family Law Attorneys with Any Questions

Here in Florida, we frequently encounter complex family law cases that involve a number of issues, especially since residents here may be fleeing other countries. These issues are emotional and involve high stakes. Our Orlando family attorneys are prepared to work aggressively for what is best for you and your child. Contact us today at Greater Orlando Family Law to find out more.