Does Child Custody Have To Be Determined By A Judge? 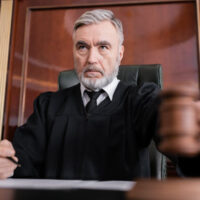 If you are a Florida parent going through a divorce or who needs to establish a custody agreement with your child’s other parent, you may have a lot of anxiety about the process. It is incredibly nerve-racking to think that a judge who has never met you has the power to determine whether you will have physical custody of and access to a child that you helped create or parent. The good news is that you may not have to go to court at all.

Can Child Custody Be Determined Without Going to Court?

Yes, all matters relating to child custody, including visitation schedules and the creation of a parenting agreement, can be settled outside of court. In fact, the only reason a judge has to make any decisions relating to custody is if the parents are unable to come to a decision on their own. Don’t worry though, it’s not just up to you and your co-parent to reach an agreement, there is plenty of help and support available. One means of support is known as child custody mediation.

What is Child Custody Mediation?

Child custody mediation is a process that is facilitated by a neutral third-party mediator who generally has a background in family law and is trained in various methods of alternative dispute resolution. This mediator will help keep you focused on your overall goals and can guide you toward mutually agreeable terms for all aspects of your custody agreement. You can retain a divorce attorney to accompany you to child custody mediation and advocate for you during negotiations, or you may retain one to simply consult with throughout the process. Once you and the other party have agreed to the custody terms they will be drafted into an agreement. This agreement can be reviewed by your individual attorneys to ensure that it is equitable and in the best interest of the child. After any necessary revisions are made, the agreement can be submitted to the court for approval. Once approved, the judge will order it into lawful effect just like any other custody agreement.

What are the Benefits of Child Custody Mediation?

There are many benefits to child custody mediation, including saving time and money. Another benefit is that mediation often keeps the process from being overly contentious or litigious, and helps keep both parents focused on what is in the best interest of their child. Most parties report that they experienced mental health benefits by going through with child custody mediation as opposed to a more traditional courtroom method. It is also often appreciated by parents that all information relating to their mediation case remains confidential, whereas if they went to court everything would become public record.

If you are dealing with divorce or a custody matter, the experienced Orlando family law attorneys at Greater Orlando Family Law want to hear from you. Contact us today to schedule a consultation.