What Effect Does Divorce Have On Fathers as Single Parents? 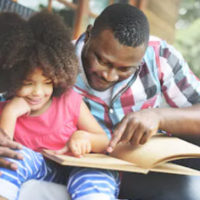 New research indicates that divorced men actually become better caregivers and fathers when their custodial arrangements keep them in their children’s lives.  In other words, becoming a single parent after divorce makes a number of fathers more likely to step forward and take more responsibility. In fact, these fathers found divorce to be enabling as a parent, and as a result, they not only became better advocates for themselves, but better advocates for their children; having more opportunities to become better Dads and in doing so, driving change within existing custodial norms.

These researchers and others are finding that, as more and more that divorced parents are taking a more knowledgeable and enlightened approach to co-parenting, they are flourishing in these roles; no longer weighed down by marital conflict and therefore pursuing parenting with more focus than ever. In some situations, there is also no question that divorce has made them happier as individuals, and, therefore, happier as parents.

As a result, divorced dads are taking on what researchers call “executive parenting tasks”; including meal planning, activity planning, comforting, singing lullabies, reading books, and basically no longer delegating caretaking roles to the other parent. In doing so, they are getting more and more opportunities to connect with her children emotionally and thus becoming stronger, better caretakers. By becoming more confident in these abilities and decisions, they are also becoming better parents.

Marital Conflict Is The Issue

Now, a number of scientists are also arguing that the detrimental effects of divorce have been overstated historically and instead pointing out that there are no significant differences when it comes to children whose parents are divorced and those who are not. In fact, it is marital conflict that is the issue and, as a result, sometimes, divorce is the solution.

Getting Things Changed In The Courtroom

Getting this latest research reflected in the courtroom is incredibly important. Although, state by state, custody laws are changing, as are the underlying assumptions about male and female caregivers, still, a number of very capable fathers are regularly denied equal time with their children and some fathers are still treated unfairly in the courts, where they are not taken seriously as caretakers. In reality, divorce can make both Mothers and Fathers better parents because they have more downtime to recharge due to shared parenting situations.

In the same way that we as a society are trying to get away from stereotype the boys are biologically predisposed to outperform girls when it comes to certain academic subjects, we must do the same for messaging about men being second rate parents. The reality is that children are happier and healthier when they spend a good amount of time with BOTH parents, Mothers and Fathers.

People might also be surprised by the fact that studies show the children of divorce fare better when they have the chance to spend equal or close to equal time with their dads; doing better academically, with more confidence and fewer issues in their lives.

If you live in Florida and have questions about divorce and custody, contact our experienced Orlando divorce attorneys today at Greater Orlando Family Law to find out how we can answer some of those questions.