What Is Florida’s Best Interest Of The Child Standard? 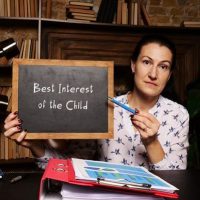 Custody can be one of the most stressful and emotionally-taxing aspects of a divorce. It can be terrifying to hand over a life-changing decision that can impact everyone in your family to a judge who has never met you. It can also be hard to understand in some cases why a judge reached the decision that they did. In this post, we’ll break down what factors judges may consider in determining custody so that you can understand and prepare for the hearing. Of course, it’s important to remember that if you and your co-parent are able to reach a decision on your own you can bypass the hearing. In that case, you would reach your own agreement and simply submit it to the judge for approval. Just as they would if the decision had been reached in court, the judge will approve the custody agreement and parenting plan provided it is in the child’s best interest to do so.

Best Interest of the Child Standard

The best interest of the child standard involves weighing a number of factors in order to determine what custody agreement is in the best interest of the child. The court does not favor giving full custody to the mother or the father, but generally believes that having a relationship with both parents (provided there is no active substance abuse or a history of domestic violence) and will consider whether either or both parents will support their child’s relationship with the other parent in reaching a decision about custody. For instance, if one parent has been posting negative things about the other parent on social media or talking badly about the other parent to their child, this would likely weigh against them getting custody, at least on the basis of that factor. If one parent is unlikely to adhere to a court-ordered visitation schedule, such as by withholding visitation, this can also be considered. The judge can also consider which parent would allow the child to maintain the greatest amount of stability, such as being able to remain at their current school or in an established family or support network. The court may also consider whether granting one parent physical custody would cause the child to have to change religions. The judge will also consider which parent is best able to meet their child’s needs, both financially and emotionally. If the child has special needs, the judge will consider these needs and which parent is best able to meet them. In some cases, the judge may also choose to weigh the child’s opinion on who they want to live with in making their decision. However, in order to do so, the judge must determine that the child is old enough to offer an intelligent opinion on the matter. The judge is also not obligated to consider the child’s opinion.

If you are going through a child custody process, our experienced Orlando divorce attorneys can help get the best outcome for you and your family. Contact Greater Orlando Family Law today to schedule a consultation.